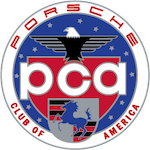 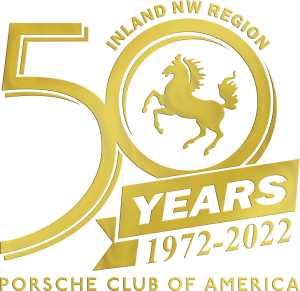 The Porsche Club of America (PCA) was founded in 1955 by Bill Sholar, whose first Porsche was a 1953 356 Coupe. “PCA has experienced an unparalleled growth, not only in members, but in the quality of its events and services…Today, activities range from auto crossing, rallying, concours, and socializing, to growing interest in touring, restoration, and PCA Club Racing.” PCA History; RJ Wilmoth, PCA National Historian, September 2021. 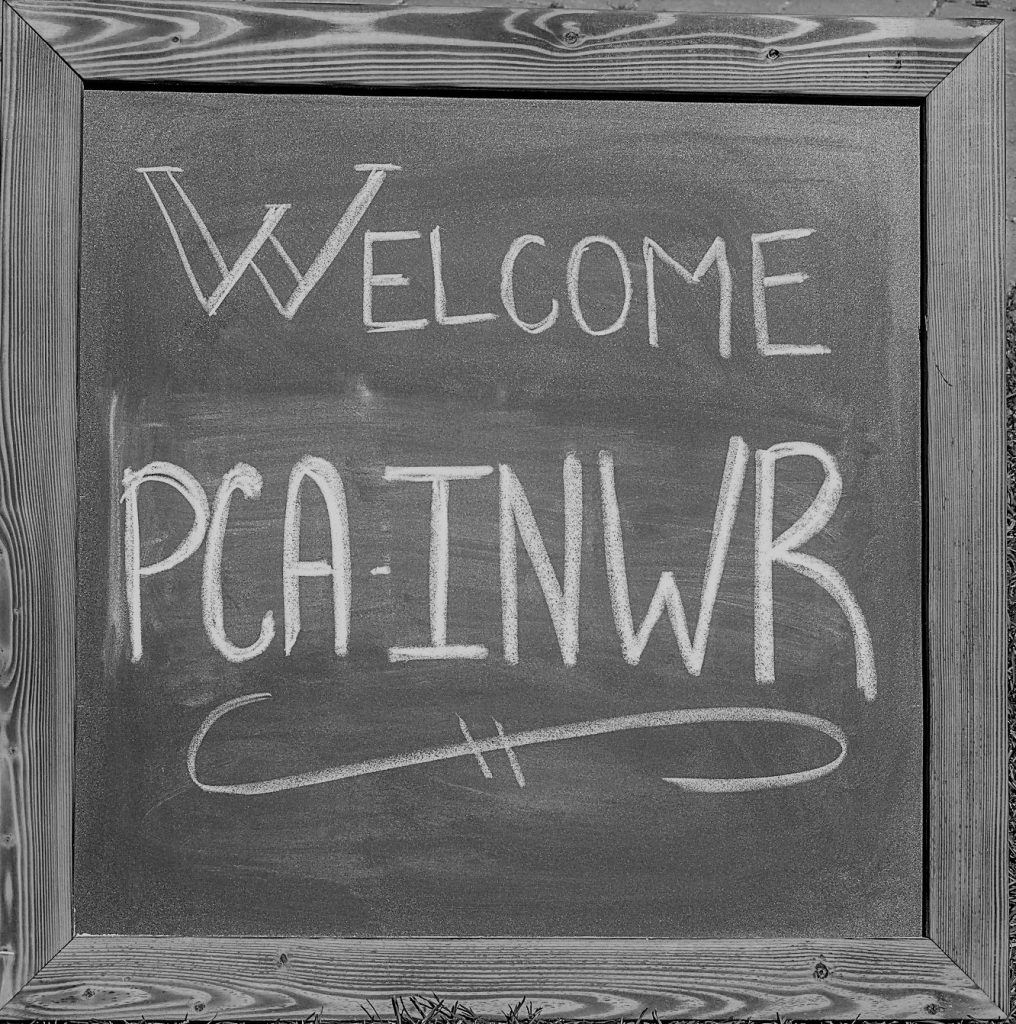 The Inland Northwest Region (INWR) is located within Zone 6 of the PCA. The boundaries and the charter that now define the INWR represent the changes and evolution of the Inland Northwest since 1959. The Pacific Northwest Region (PNWR) of PCA received their charter on November 15, 1959, and represented the entire state of Washington. This new region established their headquarters in Seattle, a distance of nearly 280 miles from Spokane and connected by a highway passing through the formidable Cascade Mountains. As interest in owning and driving the “years ahead in engineering, miles ahead on the road” Porsche grew, in 1962 a small group of 15 Porsche owners gathered at Bright Motors, the local dealership in Spokane, to start an informal club. This new club marks the beginning of the INWR we support and enjoy today. For three years the group organized races, group drives, and picnics. As members moved from the area, for a period of five years from 1966 until late1971 interest in group activities declined. On December 5, 1971, roughly 60 owners of Porsche cars met at the Valley Porsche/Audi dealership in Spokane to draft and adopt bylaws and formally request a charter to form a new region east of the Cascades.

The officers at that time were Mark S. Smith, president, William C. Kelly, vice president, Richard Bennett, secretary, and Sue Dooley, treasurer. The Can Am Region headquartered in Spokane, received its charter from PCA on March 30, 1972; 27 members transferred from the PNWR. Almost immediately, members planned a charter banquet and organized an event called Can Am Day. With participants from the “30,000+ square-mile” Can Am Region, the day of activities included a concours, rally, and autocross.

The country of Canada. The Province of British Columbia, east of 119 degrees, 30 minutes West longitue (sic); the Province of Alberta.

All of the Presidents of the other regions have agreed to the annexations of the above counties for the aprovval (sic) of the National club for our acceptance as a region.”

Note: On December 12, 1980, Theresa Sullivan, president of the Pacific Northwest Region/Porsche Club of America, sent a letter to Harold Copeland, past president of the Can Am Region, on behalf of the board of directors, formerly relinquishing their interest in the following counties: Yakima, Kittitas, Klickitat, Chelan, and Okanogan. PNWR believed this change would be in the best interest of PCA members who resided east of the Cascade Mountains, since there were “two Porsche + Audi dealers” within the Can Am Region boundaries.

By 1975, interests changed, officer terms expired, and members interested in leading the organization resided in southeastern Washington. Two members from Kennewick and one from Walla Walla agreed to be president, vice president, and secretary-treasurer of the region – Ben Staples, Spence Mitchell, and Bruce Klos volunteered to run the organization. The Can Am Region office moved from Spokane to the Tri-Cities in 1978. The first meeting of the newly incorporated board of directors was held in Richland, Washington, on June 7, 1978; the meeting minutes note Harold C. Copeland was elected president, Thomas N. Zirbel became the vice president, David S. Ullman was elected secretary, and Spencer L. Mitchell became the treasurer. On March 20, 1982, the Can Am Region celebrated its 10th Anniversary. At that time, the region included areas in Alberta, British Columbia, Idaho, and Montana. By 1983 there were approximately 80 members enjoying a full schedule of activities.

As adjacent regions incorporated and began to receive their charters from PCA, the Can Am boundaries began to change. Members in southeastern British Columbia joined the Canada West Region (4/26/1975), Alberta members joined Calgary’s Wild Rose Region (10/16/1982), and those living in western Montana joined the Big Sky Region (1/25/1975). Once the membership of the Canadian Provinces shifted to their respective regions, the Can Am Region membership voted to rename the region through a “Name Game” contest. Based on the top 3 names selected by the board, the membership chose Inland Northwest Region. The board of directors submitted a request to PCA to change the region’s name, and PCA mailed the charter on May 11, 1984. The Washington counties east of the Cascades and several counties in the Idaho Panhandle now define the Inland Northwest Region.